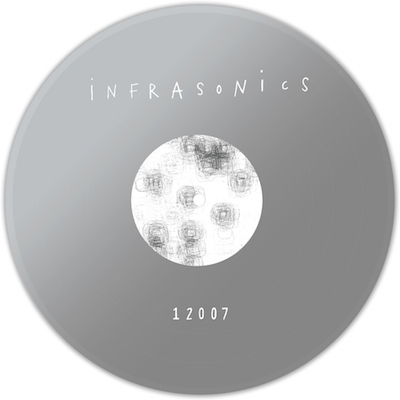 This is the second record in Spatial’s Emergence series, which explores how “complex patterns arise from interactions between simple elements.” It sounds like it was made from the same raw, strange materials as the first. But this time around the London producer seems more interested in the turbulent process and less in a compelling result. These tracks are less stable than last year’s HeLa / Referent, in terms of both their scattered grooves and their style, which flits between grime’s staccato attack, garage’s hyper swing and less definable strains of computer music.

It’s hard to know where we’re headed for much of the seven-minute “Reanimator.” The drums twitch and thud uneasily, shuffling between long pauses and moments of 16th-note overload. The synths are sparse and swirling; the closest thing to a melody comes from the frayed toms lurking in the midrange. Perhaps unsurprisingly for a UK-rooted producer, the low-end eventually brings things into line, starting as a dubstep-like bassbin shudder and swelling until a detuned drone threatens to swamp the mix.

“Tensegrity” is somehow both more straightforward and trickier to pin down. Forming out of a cloud of vague synth work, its gaunt, semitonal bassline and clattery rimshots suggest grime. But the beat never clarifies, stumbling over a triplet obstacle every couple of bars. Just as it’s gaining momentum, uneven synth spurts send it scattering back into confusion, before Spatial gathers everything together for the climax. Emergence #2 flirts with incoherence, but doesn’t succumb to it.

Frayed, squirming UK ‘nuum abstraction and augmentation from Spatial on his Infrasonic label.

Grime, jungle, and buzzing techno minimalism tussle for space in Reanimator to sound like a crooked, mounted adjunct to recent Senking aktion; Tensegrity operates in fathoms of negative space with vaporous, inverted dub FX and streaked by stray organ licks in a squashed and stuttering sort of 2-step.

Spatial comes through with two massive low-end constructions. The sub on these is outrageous, so check if you want that all-over body tingle that only the finest frequencies can give: ‘Reanimator’ slugs it out with pressurised waves of bass and finely sliced drum breaks dropping deftly into the mix.

‘Tensegrity’ keeps the low going, this time with a smooth, funky version of Spatial’s tectonic bass that sounds like classic dubstep when it was made deep and dark but really fucking danceable. Pick up this plate if you want reliable beats from the techno/bass/jungle intersection.

Single of the week

Following impressive releases for West Norwood Cassette Library and Jimmy Edgar’s Ultramajic, London bass producer and multimedia artist Spatial rebooted his own Infrasonics label with the first installment in the planned three-part Emergence series. Emergence #2 sees him continuing to find fertile ground at the collision points between techno and dubstep. While both tracks lean towards the minimal, Spatial certainly knows how to keep the body engaged. ‘Reanimator’ hits the senses like a toaster to bathwater – all burbling low end, short-circuiting FX and fidgety percussion. ‘Tensegrity’ is a more tech-y proposition, with fizzy synths like the dying seconds of a Catherine Wheel. Everything is constantly threatening to veer off-grid – as soon as you think you’ve got your bearings you’ll doubtless be thrown off course again.