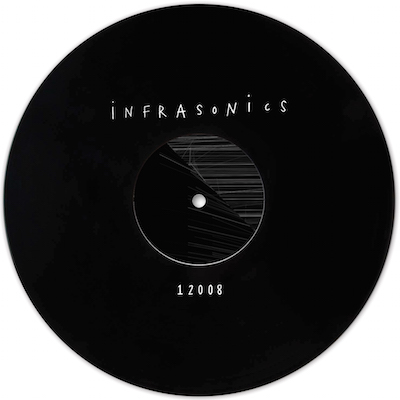 Spatial gets his nose right into it on the 3rd Emergence volume with farther, alchemical mutations of dub-techno, Detroit electro, and UK garage.

Black Sand is effectively a more concise riff on the same elements, rearranged with tighter transitions and hunched flow for the DJs who know how to mix Autechre tracks with Shackleton and other tricksy business.

Now that we can hear Spatial’s Emergence series in its entirety, it doesn’t seem to chart an emerging style so much as a kind of decay. From the punchy, ruffneck hybrids of Emergence #1, each instalment has become more sprawling, its rhythmic grids stretching almost to breaking point..

Spatial mark number 3 in the Emergence series. The vibe is the usual rough ‘n’ ready tech steppin vibe akin to classic AMUS, but this time the stripped back approach takes on a more Hard Wax focused hand stamped wax vibe. The productions more slick than before but with an added bounce that sees it transported to a more North Of England near Niche vibe.

The Emergence series was first launched last year, and now reaches its third and final installment with Spatial in the midst of participating in the 2016 programme of “innovative music and audiovisual art” from cultural platform SHAPE. Due out in early October, Emergence #3 is a two-track affair that reportedly follows, “an algorithmic yet visceral logic.” You can see the visual manifestation of this concept for yourself on the Infrasonics site, where a rush of shapes and sounds fire off at the behest of the aforementioned programming. The record was reportedly produced with new equipment in unlikely creative retreat the Canary Islands, and it precedes a debut album from Spatial scheduled to land early next year. Take a listen to the clips for yourself and get your dance moves tangled up in knots trying to stick with the slippery, swinging groove.