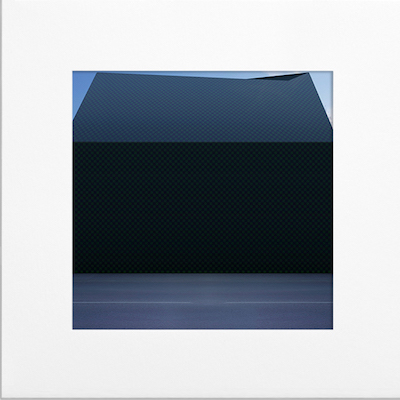 Utilising everything from cardboard boxes to car engines, plastic bags to ventilators, Swiss artist Zimoun creates colossal sound sculptures from everyday detritus. His installations dominate the spaces they occupy, often impacting galleries architecturally, as well as sonically. These spatial considerations also characterise Leerraum, the record label Zimoun founded in 2003 with graphic designer Marc Beekhuis. Releases are often mixed in 5.1, and use ambisonic techniques to create ‘full-sphere surround sound’, including directing audio from above and below the listener.

The label’s latest release from Matt Spendlove, aka Spatial, places the listener right in the centrifuge, with DNA-altering vibrations directed from every angle. Ombrion (5.1) came together after Zimoun caught a Spatial live show at Montreal’s Mutek festival, after which Spendlove live-coded the piece using Tidal Cycles, later mixing it at London’s Call & Response studio using a 14.1 speaker array.

Almost akin to a heavily drawn out dub-mix, the album sees elements drift in and out of consciousness, crafting narratives from a web of seafloor drones and feathered acousmatic timbres. Spendlove straddles the line between regimented sonic purism and more flagrant, FAX-style ambient sensibilities. Crystalline low-end vibrations are offset by static crackles, itching sonar pulses and muted hoover sounds. As Ombrion (5.1) builds to a close, strings chime boldly, finding clarity as Spendlove’s cacophony of natural sounds reduces to a simmer.

His last album, A Music Of Sound Systems, was an homage to UK bass culture of all variations. This may make him seem an unusual fit for a platform intended for ‘creative exchange among artists, designers, architects’. However, Spendlove has proved himself a versatile artist – one interested in the physicality of sound and its ability to affect environments, which is perhaps the common thread between an album evoking sound system nostalgia and Ombrion (5.1).