‘Primitives’ is a performance based opti-sonic installation. A DVD of short films, 12” vinyl of audio interpretations, source code and executable software were released by the excellent Broken20 imprint in 2014.

The microsite is now the primary online home.

Check it out here!

The remainder of this page is aimed at curators/producers.

In sympathy with the material aspects of live audiovisual art, Spatial’s method of deformation and alteration of coded light brings a new realisation to the relationships between seeing sound and hearing colour.

For SHAPE related projects email Neja (mota.museum@gmail.com), all other enquiries to: comms@infrasonics.net. 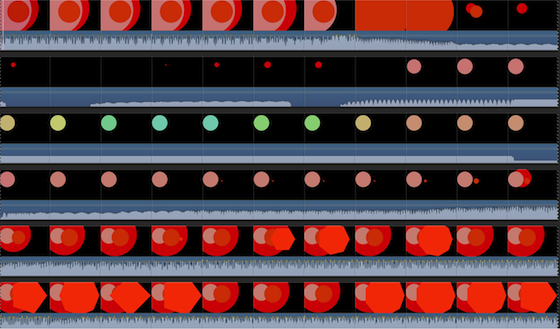