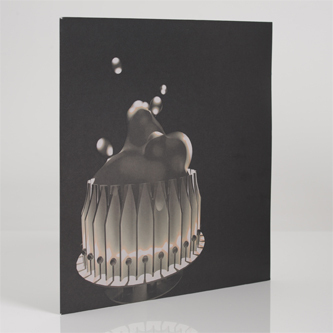 Matt Spendlove has been deconstructing house, garage and techno since before it was de rigueur. The past year has seen him hop from one sound to the next, and his latest endeavour is a two-part EP for Still Cold. His most severe work yet, each pairs two (nominally) more danceable tracks with two beatless run-out grooves. Spatial has always pivoted on dubstep-ish rhythms, and though the music here is mostly at a house tempo, it’s just as top-heavy as it ever was.

“Caragatti” feels as if it’s hopping on one foot, landing hard with a twangy thud like it’s falling on top of guitar strings. “Unify” is less spartan but no less dizzying. Layering vocal samples on top of a rambunctious bassline that twirls the track’s foundation into knots, slamming drums come in to work down all the kinks.

Over on EP two, “Cog Diss Dancer” sounds slightly more like what we’re used to from Spatial, with its busy kicks poking into every space they can find. But again, abstraction proves the rule, as a slippery synth melody slides in and out place, bleating improvised runs like an artificial trumpeter. The defiant lumbering of “Project Chatter” is almost jarring in comparison, Spendlove’s idea of techno manifesting itself as a seasick smear of pitched-down vocals and anvil drums.

Most intriguing, however, is the four-part “Dubfiction” run-out groove that ends each side, hinting at the more experimental direction he’s likely to take later this year after signing to the broken20 label. A smouldering mass of synths and low-end drone cut into four parts, it’s not until the final run-out that the beat finally erupts. It’s a captivating bit of sound design that’s just as stripped-back as the rest of his work, and just as deadly.

SOUNDS OF THE UNIVERSE

‘Cara Gatti’ plunges from a complex mockery of his “future-garage” pigeonhole, into an atmospheric and altogether deeper trip through rhythm and weird electronic experimentations.

Two dread dub cuts serve as runouts, occupying the spaces in between ambient doom-scapes, digidub and the sound of plugging a jack in.

at times this record makes you worried what the guy is capable – KILLER! TIP!

Spatial completes his dark two-part drama of bass, rough house and electronic experimentations for London label Stillcold! Intense and top quality. ‘Cog Diss Dancer’ builds up a tense stutter of a track with relatively simple modulations of the synth drum pattern, while ‘Project Chatter’ is like a dark night of the soul for Paul Johnson.

Killer-tracks from Spatial. We did not expect anything other, let’s be honest.

Two fat tracks paired with two ambient volatilities: one did not know this of spatial. And so, Unify is the perfect opener with roundly-polished bass-tone, the perfect sample, subtle rave-stabs and a concentrated charge of euphoria, which turns any given set – should one decide to play the track at begin – into mission impossible. Nothing can follow this.

There comes Dubification Runout (Channel 1) at hand to recuperate, before Caragatti goes on to dissolve the character/style of the A-side into dark meany surfaces exchanging the droning mania of a Muezzin with a clear/crystal Oh Yeah! An explanation mark of the post-everything world.

The 1st of 2 lean and experimental bass sessions from Spatial. In proper London swing mode ‘Unify’ synchronises garage, techno and bashment styles with nimble flair beside the Alva Noto-esque ‘Dubfiction Runout’ on the front, and ‘Cara Gatti’ comes unique with pinging delays and clipped, stick ‘n move 2-step funk nodding to SND on the flip, sandwiched by the recurring ’Dubfiction Runout’. Tight, like.

With the majority of dance-music producers dropping tunes mostly as singles and EPs, it’s refreshing to come across something slightly different. Just yesterday, London bass producer Spatial released a pair of self-titled records called the Spatial Sessions. The tunes were apparently produced as part of a forthcoming interactive graphic novel, which helps explain why certain tracks are labeled with a parenthetical “Chapter 1” or “Chapter 2” after the track name. It’s also fitting because of the nature of the music. Ranging from eerie, cinematic tones to club-ready and off-kilter bass jams, the collection of tunes are definitely telling a story as they grow, evolve, and move towards an end point. “Cog Diss” is one of the more dancefloor-friendly tracks off of EP2, yet its syncopated feel and diverse synth melodies lend a more conflicting vibe to Spatial’s production.