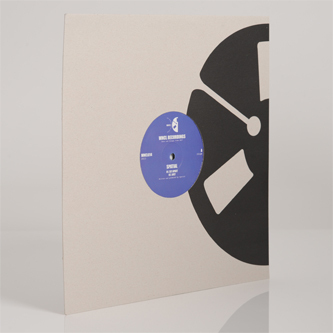 SOUNDS OF THE UNIVERSE

YES WNCL! Spatial firmly shaking off any box that may have placed on him to rattle us with four rude weighty garage/house bangers. Outrageously good – “Right Now” is the one. Pepe Bradock crew look lively!!!!!!

UK producer Spatial continues a prolific year with Set Apart, a new 12" drop on WNCL, and the Infrasonics first dalliance with Bob Bhamra’s excellent label who’ve really carved a singular niche in the current basscape in three years of existence. Four tracks deep, Set Apart sees Spatial run the gamut of contemporary hybridism; the rowdy, slanted UK Garage of the tuff title track and the scrambled gabba styled beats of “Lost” make for a fine A Side pairing, whilst face down the sweet set house of “Right Now” contrasts markedly with the searing Daft Punk circa 97 stylings of “Syn Cop”.

West Norwood Cassette Library welcomes London producer Spatial to their roster with a new 4-track EP. Bob Bharma continues to pull out all the stops for his homegrown label, with Spatial jumping straight in with four gritty warehouse jackers. From the roughened-up filter disco of ‘Right Now’ to the technoid jack of opening number ‘Set Apart’, it’s all killer.

Spatial powers up four gritty garagehouse bangers for WNCL. From the top, the technoid funk of ‘Set Apart’ deploys much more noise and distortion than we’re used to, and it’s all the better for it, coming off like Pepe Bradock meets Marcus Nasty and setting a precedent that runs thru the EP from ’Lost’’s radgy, up-all-night warehouse shunt to the filter-disco-gone-grime vibes of ‘Right Now’ and the ‘floor-grinding rave extremity of ’Syn Cop’. RIYL Analogue Cops, Blawan, EDMX…

Last year’s The Slammer felt like a turning point for London producer Spatial—the moment when the dub techno-garage gene-splice he was known for found its groove at slower tempos. With Set Apart he appears on West Norwood Cassette Library’s eponymous label. This EP is Spatial’s rawest yet, replacing the scalpel-sharp dub techno chords and clipped percussion of his past work with distorted kicks, brash sample work and bassbin-rattling subs. The result is a boisterous, mongrel form of techno that seems distinctively British—not to mention highly satisfying.

Opener “Set Apart” tips the boldest nod to UK hardcore—particularly in the breakdown, whose schlocky string line, murky vocal sample and lumbering bassline feel cheap and cheerful in the best possible way. By contrast, “Lost” is more Belgian in execution, its kick reduced to an ugly knot of distortion under a glassy, hypnotic bleep-pattern, though it’s elevated by Spatial’s characteristic swing. “Syn Cop” is even more aggressive, a broken-beat stormer centred around charred synths that yammer and howl in the foreground. It feels like a concession to the UK’s recent turn towards industrial, and Spatial’s stop-start sense of momentum doesn’t work so well in the context. But “Right Now” redeems things, its silky chords and diva snippets offering a welcome dose of smoothness.